Fathered by a former jockey, Simon Marshall was one of the most celebrated jockeys in Australian racing in the period between early and mid 1990s. Marshal was one of the greatest ever wfa (weight for age) jockeys. During his illustrious career as a jockey, Marshall’s horses were winners 700 times and won Group One (G1) races 15 times.

At 28.9% winning rate, he is arguably the best metropolitan jockey in modern age. Among the horses that he took charge of were Better Loosen Up, Super Impose, Poetic King, Hareeba, Naturalism, Mahogany, All Our Mob and Mannerism. 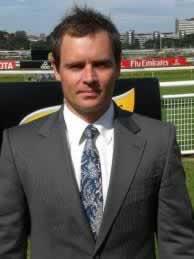 However, as much as Simon Marshall was known for being a great jockey, Marshalls was also known for taking controversial and often dangerous steps in order to lose weight. His passion for horse racing can be traced back to the time he was just a kid aged 11; when he had his first gallop.

The environment in which he grew must have certainly had a great impact on him and contributed a lot to his prowess on the racecourse. He famously described riding a racehorse as “the greatest thrill”, in reference to his time as a kid when he was brought up just a short distance from Cranbourne in Victoria.

Marshall wanted to be a great jockey so badly that he had to forego all the thrills of his youth, including parties, booze and girls in order to concentrate fully on being a jockey. However, even while at it, Simon Marshall had weight problems to deal with and he admitted later on that he used to fall asleep when out for dinner with friends and even visit the gents during dessert so as to have a bit of sleep.

Simon Marshall also recalled how he could spend up to $30 on pastries alone over the weekend, a fact that further compromised his journey to becoming a great jockey.

Marshall’s weight struggles started from the very first competitive race he took part in when he was shocked to learn that in order to take part in his debut race at Yarra, he needed to lose at least ¾ kg. This was the only way he was going to be able to meet the requirement of being 46 stripped, which would allow for two kilograms to be distributed to the rear.

In fact, Marshall could be heavier by 4 kg each Monday, following his outrageous eating habits on Sundays.

However, being a jockey at times meant working extra hard and in most cases, the extra weight would have been shaded of by Wednesday as a result of the thorough workout on the racecourse.

Simon Marshall’s love for horse racing led him to forgo his excessive passion for food and the results were a sure testimony to the progress that he was making on the racecourse. For example, at some point, he managed to fight weight troubles at a time in which he was weighing 69.5 kg and won at the Gold Coast.

However, for all his troubles, credit must be given to Marshall for the effort he put in training, which at times even threatened his own health. For example, at just the age of 14, he was already deeply involved in sauna, with some critics seeing it as too much of a risk for such a young body.

In acknowledgement of this fact, Simon Marshall once referred to how he never let his body to mature and that his time in racing was “eleven years of blood, sweat and tears”. His apparent “obsession” with sauna nearly cost him his life in 1997 at Caulfield when he collapsed in the jockeys’ room after undergoing 20 minutes of sauna.

It is however the excessive sauna and tiresome routines aimed at losing weight that ultimately made him to retire from piloting horses. Being the passionate jockey that he was, Simon Marshall was not ready to throw in the towel just yet. He famously and successfully made a comeback into racing in the year 2002, when he won two of the 3 races he started, having lost 14 kg in readiness for his return.

For Simon Marshall, it was a typical case of old habits dying hard as it must be remembered that prior to his debut at Yarra; he had to learn a controversial “quick fix” to weight loss, courtesy of his father. Learning that Marshall was overweight by 0.75 kg, Marshall’s dad subjected him to a hot bath accompanied by electric salts, with an element heater.

After an intensive 20 minutes during which he had to use a towel for chucking the door, Marshall amazingly lost 1 kilogram. That was just but the beginning of his struggle with his weight and subsequent obsession with sauna. However, the consequences of his “quick fix” weight loss methodology often landed him in even bigger problems, which compromised his health.

For example, despite having successfully lost 1 kg in readiness for his debut race, he had to eat a piece of dry toast and a boiled egg, before taking part in 4 races on that day alone while sucking ice cubes to prevent his body from dehydration. Following his tough choices in the racecourse and his struggles with weight, Simon Marshall went on to become one of the fiercest critics of some of the weights used in Australian horse racing such as the Cox Plate and Melbourne Cup.

Even after his retirement, the world of horse racing could not just let Simon Marshall go. He has consistently been involved in racing analysis and commentary, at some point even having his own show titled Hold Ya Horses on SEN 1116. Marshall is also a great motivational speaker and one of the greatest ambassadors of the Fight Cancer Foundation.