Samantha Stosur: Australia has had a fair share of formidable women’s tennis champions.

Even the casual tennis fan will instantly recognise aptly named Margaret Court, who was very dominant, taking a total of 192 singles titles in the 60s and 70s, including 11 Australian Open championships, 3 Wimbledons, 5 French and 5 U.S. Opens. She also managed a Grand Slam in 1970 after narrowly missing this feat on multiple occasions earlier in her career.

She amassed an almost ridiculous 18 Doubles and 21 Mixed Doubles championships, considering only the Grand Slam tournaments! 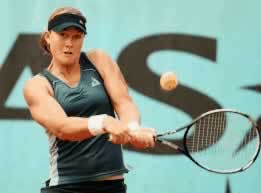 No sooner had Court faded than Evonne Goolagong stepped in to assume the role of the world’s dominant female player, winning 68 singles titles and almost innumerable Grand Slam titles in doubles and mixed doubles.

Into this tradition of excellence, it is somewhat tempting to discount the accomplishments of current dominant Australian women’s’ tennis player Samantha Stosur, but fairness dictates the mention that women’s’ championship calibre tennis is competitive to a degree that Court and Goolagong could not have imagined, and even though those two had to deal with the likes of Chris Evert, Martina Navratilova and Billie Jean King, both Court and Goolagong would certainly agree that even at their respective peaks, neither of their games would have stood up against the Williams sisters. There is ample video evidence to support this assertion.

A closer examination of Samantha Stosur, her biography and playing statistics, reveals these facts:

Samantha Stosur was born 30 March 1984 in Brisbane, Queensland. A flood destroyed the family business on the Gold Coast and her family and she moved to Adelaide when she was six. A tennis racquet as a Christmas present at the age of 8 proved to be her start. Her older brother Daniel, recognising her potential, was instrumental in convincing his parents that their young daughter would benefit from professional instruction, and Samantha blossomed to the extent that she was playing in the World Youth Cup that was held in Indonesia when she was 13.

Samantha Stosur would receive high level instruction from the Queensland Academy of Sports where she benefitted from the tutelage of Geoff Masters, a former player whose credentials included winning the 1977 Wimbledon Doubles Championship with Ross Case.

Two years later, Samantha Stosur would join the Australian Institute of Sport tennis programme at the age of 16.

Samantha’s debut as a professional came in 1999. That was in an International Tennis Federation (ITF) event. She first played on the Women’s’ Tennis Association (WTA) tour in 2000, but she failed to get past the first round of the Australian Open. The following year was by far kinder, when she won four straight ITF tournament titles.

2002 had little of note, but Samantha Stosur began to experience a modicum of success in 2003, winning matches on the WTA circuit, qualifying to play in Memphis, Tennessee as well. In 2004, she began to advance in prominent tournaments also, making it to the second round of events in Hobart and the Australian Open.

Stosur’s first final appearance came in 2005. By this time, she had settled into the gruelling international routine of top level tennis, and even though she lost that first final, she followed with a dominating win over Lindsay Davenport, effectively serving notice to the world that she was a force with which to be reckoned. She was also beginning to win doubles (with Bryanne Stewart) and mixed doubles matches (with Scott Draper), winning both titles at the Australian Open.

Samantha concluded 2005 by teaming with Lisa Raymond to win seven WTA titles, including the U.S. Open and other significant titles. Her world ranking at the end of 2005 was 45th in singles and 2nd in doubles.

2006 got off to a promising start on home turf, where she won singles matches consistently and made it to the fourth round of the Australian Open, where it took highly ranked Martina Hingis to knock Samantha out of contention for the title, but she did make it as far as the doubles final with Lisa Raymond, where they lost to the Chinese duo.

By late in the year, Stosur had climbed to a world ranking of 29th in singles and 1st in doubles.

2007 brought on severe misfortune in the form of Lyme disease, which obviously sapped her completely, although through sheer perseverance she appeared in Wimbledon and the U.S. Open, but she called a halt after those.

Samantha Stosur returned in 2008 to ascend back toward her former level. She failed to advance past the second round of singles at Wimbledon, but she and partner Lisa Raymond made the doubles final, where it required nothing less than the Williams sisters to deny that crown. Stosur and mixed doubles partner Bob Bryan took the title.

2009 and 2010 were devoted to returning to top form for Stosur. She continued to be competitive playing against highly ranked players in all disciplines. She climbed to a career-high 15th in the WTA rankings.

In 2010, Samantha Stosur switched her focus to singles. She continued to climb in the rankings, rising to no. 11 despite losing to Serena Williams in the Australian Open.

2011 would be when Stosur recorded what most would consider her most significant win when she won the U.S. Open after some monumental battles against highly ranked opponents in the early rounds. She would advance to the final, where she beat Serena Williams handily, 6-2, 6-3, making her the first Australian woman since Evonne Goolagong won Wimbledon in 1980 to win a Major. She climbed as high as no. 4 in the world that year.

2012 saw her defeating Venus Williams for the first time. She also made some noise in the major tournaments.

As 2013 winds down, Samantha Stosur has fallen off slightly, down to no. 19. The highlight for the year would have to be considered a stunning upset over Victoria Azarenka in the final of the Southern California Open.

Now 29 years of age, Samantha Stosur is approaching an age where tennis players are near the end of their careers. She still has a formidable serve, which should allow her to be a proficient doubles player for some time, and her natural abilities and athleticism, combined with her focus on her superb conditioning, means she will continue to play in 2014 and beyond.