Ricky Nixon: High rollers permeate sports. Seemingly the bigger and more economically lucrative is the sport, the higher those rollers are.

With the passionate fan base and broad appeal represented by Australian Rules Football, it is small wonder that some of the participants have achieved some degree of notoriety on and off the field, whilst they were playing and afterward, whether that notoriety would be characterised as positive or negative. 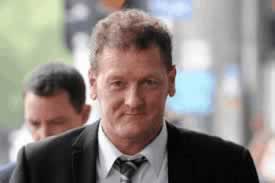 Many athletes use a successful career in the sport of their choice to move into other areas of that sport once their playing days are concluded. Some go about their new business in the same quiet, competent professional manner that represented the on-field and public persona they manifested as players and some go into their new realms as coaches, commentators and players’ agents still needing the attention they received whilst playing.

Ricky Nixon could be said to be some or all of the above, but the one thing that is certain is that he has not gone the route of old soldiers who do not die, but simply fade away.

Judging from the prominent place he seems to occupy in the offerings of Australian sports and news media, fading away would not seem to be in his nature.

Nixon could have been said to be a middling footballer. Ricky Nixon started out playing for Golden Square of the Bendigo Football League. He moved to the Carlton Football Club. In 1982, the year Carlton won the premiership, he was an emergency player on thirteen occasions. From 1983 to 1985, he played four games as a half-back flanker, but due to such limited playing time, he recorded only one goal for those four games over that two-year span.

Ricky Nixon moved on to St. Kilda, where he spent 1986 to 1991. He played in 51 games, including one final. He did score 32 goals, be he never truly established himself with the club.

A brouhaha over contractual matters in 1992 resulted in him moving to the Hawthorn Football Club, but his tenure there was limited to eight games, one being a final. His goal total was six and his retirement from the game came soon thereafter, in 1993.

If his career as a footballer lacked lustre, the same could most definitely not be said of his foray into sports agency.

He launched in 1994 a company dubbed Flying Start that has become one of the better known companies in Australia as far as sports management is concerned. He is credited with creating some rather imaginative approaches to the promotion of his client/athletes, particularly his trademarked Club 10 team of AFL players, representing stars such as Gary Ablett Sr., Jason Dunstall and Tony Lockett.

The Fly Start agency also represents other top players as well, and Nixon has his hand in other ventures, such as a fitness club, and a sports bar.

Ricky Nixon has also been the recipient of accolades for his work as an AFL commentator on radio station Triple M, receiving the Australia Day Sports Medal from the prime minister for services rendered to sports.

His company Flying Start and Nixon have even capitalised on his experience as an educator by offering online courses to students interested in a career in sports agency.

Nixon was the beneficiary, he would say, of a lot of publicity regarding his involvement with the expansion of the so-called Irish Experiment, a scheme to capitalise on the similarities betwixt Australian Rules Football and Gaelic Football by recruiting players from the Emerald Isle to play in Australia.

This project began in the 80s, seemed to begin in a rather promising manner, but died out for lack of attention. The plan was revived in the beginning of the 21st century. Nixon got involved in the middle of 2008 by setting up recruiting networks in Ireland, but GAA officials took a dim view of having their best players recruited to play elsewhere, as would be expected. By 2010, interest in Irish footballers was again on the wane and Nixon gradually discovered, as did others, that rugby players were better able to make the transition to the AFL.

From what was a modest career as a player, Ricky Nixon has leveraged his talents quite effectively, it would seem, but he has been what some would describe as plagued by some distractions that accompany the lives of those who rely on public attention for some degree of their livelihood.

In 2009, there was a drink driving charge compounded when he left the scene of an accident in which he had been involved.

This incident served to set the stage for early 2011, when Nixon allegedly was involved in an inappropriate physical relationship with a 17-year-old girl. This same girl had a history with this type of thing with other players from Nixon’s St. Kilda team and whilst it might be said that Nixon exercised some extremely poor judgment, it also might have been said quite aptly by Jack Nicholson in “One Flew Over the Cuckoo’s Nest,” “She was seventeen, going on thirty-five.”

In 2013, Ricky Nixon was apprehended for using his mobile whilst driving when it was discovered that he had been drinking and that he had no driver’s license.

As for his current and future plans, Nixon is set to launch a fantasy sports game in 2014 where participants will perform the role of sports agent. The game will run year-round, across all sports.

Scheduled for the latter part of 2013 is a website, Rickynixon.com, the details of which should be forthcoming very shortly.