Neville Sellwood first won the VRC Derby which he won while riding Delta in 1949, he then won the W.S Cox Plate while riding the same horse and also won another major cup; the Melbourne Cup in the year 1951.

Neville Sellwood was born in Hamilton in December 1922 to Charles Sellwood and Elizabeth Sherman. Before he rose to become the competitive jockey that he was, his mother always dreamt that her son would one day become a solicitor. She was opposed to the idea of Sellwood becoming a jockey; mostly because they were not financially stable enough for her son to venture into the murky waters of horse racing. 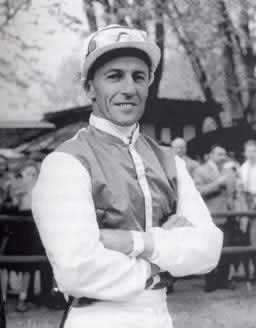 The high level of physical risk involved was also of great concern to her. Determined to make it in the racing world, Sellwood is said to have performed dismally in school with the knowledge that this would ultimately set him free from the idea of becoming a solicitor.

After having started working under the guidance of Jim Shean as an apprentice at the age of 16 years, Neville Sellwood rode his first horse in Ipswich’s Bundamba Racecourse but only had to wait for a short time until March 1939 when he won his first race at Doomben while riding Ourimbah.

During World War I, he had a brief stint in the militia starting from 1942. However, even then Neville Sellwood was lucky enough to have an understanding commanding officer who let him take part in some local meetings.

That was the beginning of a successful career for Neville Sellwood. He began by winning the Townsville jockey’s premiership title three times in succession with an impressive record of 140 wins out of the 290 he took part in. Neville Sellwood left the military after four years of service in the year 1946 and immediately joined Maurice McCarten’s stable.

Their association went on to bring them a lot of glory and they proved to be a force to reckon with in the Australian racing scene. Neville Sellwood first won the VRC Derby which he won while riding Delta in 1949, he then won the W.S Cox Plate while riding the same horse and also won another major cup; the Melbourne Cup in the year 1951.

Before winning the Melbourne Cup, Neville Sellwood had been to the United States and England where he managed to win a number of races and won the Derby while riding Larkspur upon his return to England twelve years later. His European exploits in 1952 also sent him to France where he won the premiership after riding to victory 102 times while at the Agha Khan’s stable.

Within their first two years of association, the pairing of Neville Sellwood and his trainer McCarten had won the Sydney Premiership title. Following his win of the prestigious Melbourne Cup, Sir Adolf Basser who was Delta’s owner rewarded him with a Rolls Royce.

Throughout the 1950s into the early 1960s, Neville Sellwood was on a roll. In 1951, he also won the Caulfield Cup (his second, after the 1950 cup) and the AJC Metropolitans to add to his Melbourne Cup triumph. In 1952, Neville Sellwood won the Australian Jockey Club (AJC) Derby and in 1953, he won his second VRC Derby title and successfully retained the AJC Derby title he had won the previous year.

In 1955, Neville Sellwood won another Melbourne Cup, this time while riding Toparoa who was being trained by the legendary T.J Smith, albeit under controversial circumstances following was what was deemed as interference with Rising Fast.

Consequently, Neville Sellwood had to serve a suspension, but Toparoa was surprisingly not suspended. Sellwood’s next major wins were the 1956 Epsom Handicap, the Caulfield Cup of 1957 which was his third Caulfield Cup win and in 1958 he won his second AJC Metropolitans title.

Neville Sellwood earned the nickname “Nifty” as a result of the flamboyant suits that he used to put on, but he was also wise enough to invest heavily in shares and in sheep-property in New South Wales. However, as fate would have it, 1962 was to be the last year he would ride. Aboard Lucky Seven, at Paris’ Maison Lafitte Racecourse, Neville Sellwood fell and was rolled on by Lucky Seven after the horse had slid due to the wetness of the racecourse on that fateful day.

Neville Sellwood suffered devastating internal injuries, became unconscious and unfortunately died while he was being rushed to a hospital. Neville Sellwood was carried home from France in the company of his widow and three children He was buried in Cudal Cemetery and Yves St Martin who had also led 102 winners to victory handed his widow a golden whip.