Many of those recognised thus are good natured and grateful about the honours they receive, whilst a few seemingly care naught for the opinions and adulation that is offered to them in this fashion.

A prime example of this seeming disdain, from the realm of Hollywood movies, is the case of Woody Allen. He has never attended the Academy Awards ceremony. In 2014, his good friend Diane Keaton was prevailed upon to accept an award in his honour, but whether or not she was able to persuade Mr. Allen to accept the award subsequent to the ceremony is doubtful, unless she were to toss it out the window as she was driving home from the Oscars ceremony. 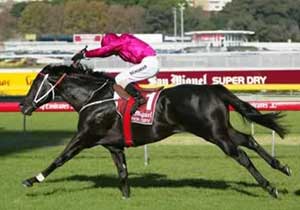 In other cases, the sports champion or entertainer selected for an award is no longer alive to either accept or shun the recognition, rendering the discussion moot.

If you have read this far and are wondering what any of this has to do an online bookmaker related website, your curiosity and patience is about to be satisfied, for we are going to examine a category of competitor that living or dead, remains totally oblivious to whether or not they are appreciated by anyone.

There was an earlier clue above in the mention of the 2014 Academy Awards, because we are going to be using the year 2014 as a basis for discussing the Australian racehorses inducted into the Australian Racing Hall of Fame this past year.

The horses are, in order of birth from earliest to most recent, Rain Lover (1964), Surround (1973), Dulcify (1975) and Lonhro (1998). We will leave the decision regarding which of these was the greatest to your discretion, and the criteria used to make the determination of the appropriate rankings for these four in comparison with one another are likewise yours to choose.

Our Initial Subject Is Lonhro

He represents something of a departure from some stallions of the past that were great runners, but failed to produce significant progeny, or were gelded, leaving the question of whether or not a successful stud career would follow retirement from racing unanswerable.

Lonrho came unto the earth in 1998. His bloodline was fairly impressive, what with New Zealander Octagonal for his sire and another New Zealander, Shadea, for his dam. When Lonrho was prepared for the track, he was trained by John Hawkes. His name was derived from the stock exchange code for the London Rhodesian Mining Company. The beautiful black horse achieved Australian Horse of the Year designation in 2004. Seven years later, he was afforded the honour of Leading Sire in Australia, and it would be logical to speculate that this played at least some role in his induction into the Australian Racing Hall of fame in 2014.

He was predominantly a middle distance horse, although it should be mentioned that he was able to sprint competently enough to win at the Group 1 level, that being the 1200 LKS Mackinnon States in 2002. He also demonstrated his mettle beyond the mile, with victories coming at 2000 metres in the Australian Cup, the Queen Elizabeth Stakes, and the Caulfield Stakes.

When he retired and turned his attention to servicing mares, he sired Pierro in 2009. That horse would go on to win 11 times out of 14 starts, and never ran unplaced. His production includes five Group 1 wins, a second in the Group 1 events the Caulfield Guineas and the Doncaster Handicap.

His lone third place was the 2012 MVRC Cox Plate. Lonhro also can lay claim to four other Group 1 winners that have earned something in the vicinity of $10 million, a more than adequate return on his original investment and apparently justifying his stud fee of $88,000.

Lonrho’s racing career was equally impressive, else-wise he would not have deserved the honours he was accorded.

He jumped 35 times, winning on 26 occasions and placing on five others, leaving just four starts with nothing to show. Those 26 victories include 11 at Group 1 level, some of which were mentioned above and came against quality fields. In four years’ worth of racing, he earned just under $6 million.

Lonrho was tried five times as a two-year-old, attracting the attention of punters at Rosehill and Caulfield by winning at Listed and Group 3 quality, and managed a fourth in his first Group 1 opportunity, the Blue Diamond Stakes.

He ran seven times as a three-year-old, winning all, including his initial Group 1 victory at 1600 metres in the Caulfield Stakes.

He would eclipse those statistics the following year, with the exception that he did not win every race in which he took part, but he did win at the Group 1 level eight times, beating none less than Sunline and Shogun Lodge in the process of increasing the value of jockey Darren Beadman’s stock. These results came about from his being tried an impressive thirteen times, so there was no pampering involved and Lonhro’s stamina could never be suspected.

As a five-year-old, he took up where he left off the previous season, again burnishing Beadman’s credentials. He was not unplaced for his entire five-year-old campaign, his only event lower than first or second being the Cox Plate.

In summation, Lonhro’s racing career could be described as nothing less than extraordinary. Those results alone could easily justify induction into the Hall. His winning strike rate was higher than those of Phar Lap, Bernborough, Tulloch and Kingston Town, placing him in exceedingly rarified atmosphere indeed.

Standing stud, he was granted the honour of servicing Makybe Diva, although it is doubtful that he perceived any exceptional value in that honour. That coupling produced a colt in August of 2011 that was purchased for $360,000, not exactly an intimidating sum. When the colt was but ten days old when it was estimated that he would command $2-$3 million, however, Makybe Diva’s less than stellar production with her three earlier foals most probably impacted the selling price.

At any rate, racing success is no guarantee of breeding success, but Lonrho has proved the exception to that premise and has nothing for which to apologise as a racer. His is one of those cases of Hall of Fame induction that is completely beyond reproach.