Ken Russell was one of the brightest stars in the history of Australian horse racing who unfortunately lost his life at the peak of his career.

He was affectionately referred to as “King of the Coast” due to the manner in which he dominated the Gold Coast track in Queensland. He won a total of 500 races during his time in the central districts and upon arriving in Gold Coast; he won four premierships and then won another premiership in Brisbane. He then moved to Sydney deep into the 1980s.

Ken Russell got his great racing genes from his father who was an amateur jockey who later on turned pro at the end of WWII and became a hoop later on in the year 1958. 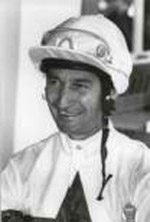 Ken Russell also won the GCTC Golden Nugget. Out of the 12 chances that cam his way, he managed to win seven times. His good run in this race continued for the next three seasons in succession. He won the 1984, 1985 and 1986 editions to add to the 1981 and the 1982 wins.

Other equally significant wins were at Thangool, where he once swept the bill to announce his arrival as a formidable force and to the amazement of the other jockeys who were present at the event. Ken Russell also won the George Ryder Stakes on Bureaucracy, QTC Derby on Hidden Rhythm, the Coca Cola Classic while riding Prince Anton, Queensland Stakes on Prince Anton, STC Christmas Cup with High Spy and Macquarie Prince, the SAJC Goodwood Handicap on Crush, San Fox Stakes on Sir Patrick, the Magic Night Stakes on Pipiwar, the Storm Queen Stakes on All Mine, McKay Stakes on Euclase and the AJC Chairman’s Handicap on Just Trish.

Out of all the races he won, there was none that he was more dominant in than Ken Russell won the jockey’s premiership 14 times across the country, recorded four win days about 24 times and had 106 3 win-days.

Ken Russell’s prowess in racecourses won him many admirers and he travelled as far as Abu Dhabi, Dubai, Macau, Singapore and Malaysia. Russell ruled the Australian horse racing scene and in particular the Queensland racecourses during his lustrous career.

Unfortunately though, fate conspired to rob racing enthusiasts one of their most valuable jockeys through one of the worst tragedies ever on a racecourse. However, even prior to the crash that finally cost him his life in 1993, Ken Russell had a bad scare in 1987 when he crashed and lost his kidney as a result and even broke some ribs in the process as he was piloting Killer Khan. However, the 1993 crash was the most horrific due to the manner in which it happened.

On that fateful day, Ken Russell’s wife was at hand to watch her husband crash to death at Rosehill. Ken Russell was in good spirits on that particular day after having won an earlier race while riding Whivory. He was therefore widely expected to emerge victorious in the next race where he was riding Tuig. However, by bad luck, Sonar Bar crashed into Ken Russell and Tuig, badly damaging his head and other sensitive body parts and killing him on the spot.

Tuig who was also very badly injured lost his life as well. It was an emotionally devastating scene to watch as Ken Russell died as his wife watched in agony and pain. He was also a favourite for quite a number of punters because he rarely disappointed and betting on him was surely a good way to reduce the risk of losing.

As a matter of fact, Ken Russell’s mere presence in the field used to cause the shortening on fall. The Doncaster handicap was one memorable occasion where anyone who had gone for 33/1 odds in his favour must have left extremely satisfied and rich.

After his death, a statue was erected in his memory near Monto Town in Gold Coast and the Gold Coast Turf Club has made it a tradition to hold a race in his honour on the month of May each year. The race is for two year old juveniles as a way of remembering his dominance in such races. It must also be remembered that Ken Russell’s was more of a gift from God than training.

Ken Russell started participating in horse racing at a relatively old age and even then he did not have a formal apprenticeship. The best explanation for his seamless assimilation into racing as a jockey would perhaps be the fact that his father was a jockey at both the amateur and professional levels and he therefore must have gotten the genes of a good jockey from his father.