It is the brainchild of Andrew Black and Edward Wray, two Londoners who took very different routes to arrive at a partnership that resulted in the inauguration of one of the first online Internet based bookmaking operations in June of 2000.

The shockwaves this debut sent through the bookmaking industry have still not subsided 13 years after Betfair arrived on the scene. Many competitors have sprouted and traditional bookmakers have been compelled to develop online punting operations. 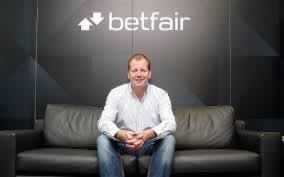 Betfair has however, remained unique in acting as a betting exchange that permits customers to act as bookmakers and to lay as well as back wagers. This aspect of the operation is no doubt attributable to the innovators’ common backgrounds in the stock market, where investors can sell (lay) as well as buy (back).

The entrenched powers that be, those being the totalisators and old line bookmakers, realising that their revenues were threatened, attempted to prevent Betfair from operating in Western Australia; the resulting legal dispute taking the best part of three years to be resolved by the High Court in March 2008. The ruling was that restricting Betfair in the attempted manner was a violation of interstate commerce laws.

At its peak, Betfair could legitimately lay claim to be the largest online bookmaker in the world, with over 4 million customers and a turnover of $87 million per week. There are currently 1800 employees worldwide.

The man who receives credit for the concept that resulted in establishment of Betfair, Andrew Black, was examined elsewhere on this site.

For this offering, attention will be focused on the man who took Black’s idea and filled the role of taking idea to execution, Edward Wray.

Edward Wray was born in March of 1968, making him eight years junior to his partner. He has a background solidly established in business, where his exposure to the speculative world of investing that was to figure so prominently in Betfair’s business plan was provided via his eight year tenure with J.P. Morgan.

He resigned his role as top executive in Betfair in 2012, or was sacked according to some, when the shareholders voted against retaining him.

Ironically, Edward Wray played a large role in taking the company public and it is more than a little conceivable that his share of the initial public offering was a more than adequate salve for his ego if he was indeed forced out at Betfair.

To this day, Edward Wray is the largest individual shareholder in the company, holding an 11 percent stake, so it would be reasonable to conclude that whilst he may not be doing the steering, he still wants his runner to excel.

Edward Wray has moved into the role of entrepreneur and angel investor as of late, where he is displaying altruistic tendencies by lending his expertise to new ventures, no doubt that he may be in the vanguard of any new Betfair type success stories. He is associated with the ride-sharing application Kabee, a play on the word “cabbie” that permits smart phone users to book mini-cab transportation services. It does seem as though this venture, pardon the expression, is gaining traction.

As for his role in the founding of Betfair, it all began innocuously enough when he met Andrew Black at a garden party through a mutual acquaintance.

Wray was relating to Black how he had backed a horse that was a winner, but his winnings were miniscule. Black went on to describe his concept for a betting exchange.

Edward Wray liked the idea, but did not commit to being involved until shortly after the death of Black’s father, a man whom Wray respected. He got in touch with Black and suggested some changes to the business plan for Betfair, telling Black, “You have the right product and the idea is great but I think the business plan is totally wrong.” He went on to suggest that doing things properly would require the acquisition of some major investment capital.

His contributions to the effort resulted in Black awarding him 50 percent of the business, and the rest, as they say, is well-documented history.

Betfair turned over more the $50 thousand in its first week in operation and grew to where in reported over $700 million for 2012.

During his tenure, Wray filled many roles including Director, Chief Executive and Chairman. He was instrumental in the company’s being awarded recognition as the Emerging Entrepreneur of the Year 2002, the prestigious multination professional services firm, as well as accolades for top innovator by the Queen’s Awards for Enterprise in 2003 and 2007.

Since leaving Betfair in 2012, Wray has devoted most of his time to lecturing and mentoring aspiring entrepreneurs, feeling that he is obligated to assist up-and-coming companies in much the same fashion as benefited Betfair in that company’s fledgling stages.

His primary thrust is that by divulging his mistakes starting Betfair, the next generation can avoid those same mistakes and shorten the growing pains that many new enterprises experience.

When Edward Wray is not thus occupied, he enjoys a round of golf, sailing, and experiencing gourmet food and wine.