Brian York was one of the jockeys who ruled the Australian racecourses in the late 1980s into the early 2000s.

He was born in Scotland in 1963, moved to Singapore before settling in Brisbane. His combination with Bruce McLachlan was a formidable force that won lots of races while settling a number of records in the process.

Brian York established himself as the pacesetter in Brisbane and won three premiership titles there. He was known for his mastery of the courses to an extent that he judged the races almost faultlessly and knew when to increase or reduce the pace; a factor that made some people to joke that he had a stopwatch in his head.

Brian York also added the Caulfield Cup to his three premiership titles after winning the 1988 edition of the cup while riding Imposera. He rode quite a number of high-calibre horses during his career and was a regular participant in the famous southern carnivals. 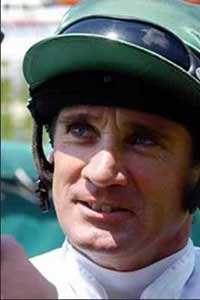 Having led in Brisbane, Brian York then moved to Sydney in early 90s where he continued with his good run. His notable wins included the AJC Derby, which he won while riding Fairway, the Stradbroke Handicap while riding Toledo and the AJC Oaks on Rose Archway.

Brian York also won the BMW Classic with Might and Power, the VRC Newmarket with General Nediym, Caulfield Guineas with Chortle and Our Maizcay, the Gadsden Handicap with Planet ruler and Epsom Handicap with Filante.

Brian York also won the AJC Spring Champions Stakes while riding 3 different horses: St Jude, Fairway and Fraternity as well as the Arrowfield Stakes with Sixty Seconds and Savannah Success. He won a number of races with Might and Power, including the Doomben Cup (which he also won with King Kietel), the AJC Queen Elizabeth Stakes, Chelmsford Stakes and the Hollindale Stakes.

His other wins were the QTC Lightning while piloting Cangronde, Gloaming while on Fairway, Premiere Stakes with On Type, and Harold’s 101 Stakes with Monte’s Cove and QTC Grand Prix with Distinctly Secret.

While in Sydney, Brian York was the winner of the 2000-2001 season jockeys’ title. He must have however felt disappointed at one point in his career when he lost 4Kg in order to ride Our Maizcay in the Cox Plate, only for Our Maizcay to finish last.

His biggest disappointment must have been the failure to win either the Melbourne Cup or the Golden Slipper throughout his career. Brian York is also credited for his efforts in streamlining the Workers’ Compensation system of New South Wales which put a ceiling on payments unlike the Queensland system which gave jockeys up to 80% of their average earnings for their last 3 years.

Ultimately though, a serious knee injury which occurred in the year 2002 while he was riding Panorama in Sydney forced Brian York out of the sport after an unsuccessful recovery effort and after more than 25 years on a number of racecourses.

Brian York therefore settled for a more accommodating profession in the form of photography and dog showing. Brian York’s most successful horse remains to be Might and Power, with whom he won more races than with any other horse during his career. Bruce McLachlan also happens to be the most successful trainer that worked with York during his career