Bob Lewis was born in the year 1878 to a mother who had a great interest in horse racing and was a popular horsewoman.

This made him to blend seamlessly into his mother’s love for horses and start riding horses at a very young age. However, his extreme love for the sport landed him in trouble with his father, who thought that he was too young to be involved in such a “risky sport” and consequently demanded that Bobby had to stop using a saddle whenever he was riding.

Under the guidance of his elder brother, Bobby Lewis was able to learn how to handle horses. However, his love for horse racing ultimately interfered with his education and he had to drop out of school at the tender age of 10, without ever knowing how to read and write properly. 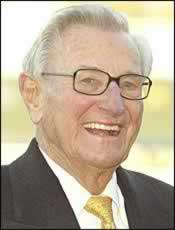 Bobby Lewis raced for a total of 46 years and despite all his achievements in racing, he remained humble and professional in all his undertakings and was always willing and ready to educate the upcoming riders on the best way to go about the challenges on the racecourse.

It seemed that Bobby Lewis was in the right business throughout his career, as he never had weight problems except in one race. In 1892, Bobby Lewis had his first taste of victory at the Clunes Course.

Three years later, Bobby Lewis won his first Metropolitan win and left for England four years after the win. However, his stay in England did not last long as he quickly came back to Australia in a move that was attributed to homesickness.

Upon his return to Australia, Bobby Lewis linked up with the legendary trainer, Jim Scobie, with whom he went on to win lots of races. His combination with Scobie and Eric Connolly formed a dominant force in Australian horse racing, with the trio fondly referred to as “Triumvirate”.

Bobby Lewis had a fetish for a Turkish bath just before he went for a race. One of his most memorable wins was at the Melbourne Cup in 1927 when he rode Trivalve, who was at the time owned by Ernest Clarke who had never won a race in 30 years. He had to lose some weight in order to meet the requirements set for Trivalve, which was 47 kilograms.

Amazingly, Bobby Lewis won the race and broke the jinx that had befallen all the other horses that had been under Clarke. the Their dominance in Victoria made them almost unbeatable, with his level of fitness propelling him to great heights, which made many to view him as the best jockey in history at the time. His judgment of races and great knowledge of exactly when to make particular moves was one peculiar ability that made him stand out from his peers.

Bobby Lewis’ other memorable race was at the 1929 Cup where he was riding the great Phar Lap. Phar Lap had to bear with a check that he had suffered near the start as well as the hard pulling that followed thereafter. It was clear that Phar Lap was not particularly comfortable with Bobby Lewis and this is what led to the cuts he suffered on his mouth as a result of the hard pull that Bobby Lewis subjected him to.

Phar Lap was consequently unable to eat for the next four days after the Melbourne Cup. Despite all odds, Bobby Lewis was able to guide Phar Lap to an impressive thirds place finish, once again stamping his authority as a master of the track. However, Phar Lap was just one of the success stories he had in the Cup.

Bobby Lewis was a winner in the Cup on four occasions: in 1902 while riding The Victory, 1915 while riding Patrobas, in 1919 while riding Artilleryman and in 1927 while riding Trivalve. His four wins at the Melbourne Cup put him joint top with Harry White, who only equaled the record more than fifty years after Bobby Lewis’ retirement.

His other major wins were at the Victoria Derby (which he won 8 times), the 8 VRC St Legers titles and the Fisher Plates which he won 5 times. His only major upset was his failure to win the Sydney Cup during his entire career, spanning more than 30 years.

Bobby Lewis’ great discipline and high level of professionalism ensured that he was never on the wrong side of racing regulations, with his only suspension being in 1925 at Randwick. As a matter of fact, his suspension at Randwick was widely seen as unfair as many people felt that it was not his fault, but rather that of the other rider.

Bobby Lewis raced until he was sixty years old and his forty six years as a jockey saw him ride over nine hundred winners. For all his prowess as a jockey, Bobby Lewis was inducted into the Australian Racing Hall of Fame in the year 2002.