When you look around at the business world, it is hard to miss the mergers and acquisitions that result in your number of choices being limited. Join Today

The notable exception is online bookmakers.

It seems at times as though there is a new one every week.

That may be a slight exaggeration, but since we first started examining the offers of the online betting agencies almost 10 years ago, the list has grown. True, some of the domestic companies have been acquired by internationals, but new Australian-owned bookmakers continue to come on-stream.

One of these is BlueBet (www.bluebet.com.au/).

BlueBet has been going for almost three years as this is being written. Michael Sullivan is the founder and he traces his experience as time spent as the CEO of William Hill Australia, Sportingbet and Centrebet.

Sullivan says he was attempting to carve out a niche for the Australian punters who do not care for the one-size-fits-all experience of the big English bookmakers.

That said, these days, we focus mainly on the bookies’ web sites and mobile wagering applications and the ongoing promotions. Those are about the only areas where there is much difference between one corporate online bookmaker and another.

They all have low funding requirements, low minimum wagers, etcetera, and all have more than enough markets per fixture, unless you are a punter who derives pleasure from searching and backing bets so exotic that they could make a Sydney rails bookmaker blush.

Our first and lasting impression of the BlueBet website was/is positive. The colour scheme is subtle and relaxing. A greyish light blue had the navigation pane of the left. The centre was divided in two, with the left half for Today’s Racing and the right half displaying a panel that listed Popular Markets. Most recreational punters will never need anything else to pick punts.

The Today’s Racing section had icons for the gallopers, trotters and greyhounds, something we appreciate everywhere it is offered. The Popular Markets panel had icons for AFL, NRL, Soccer, Baseball and golf. We would expect these to change according to the time of year. 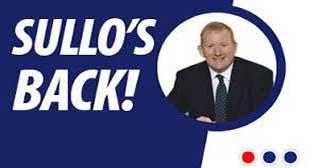 Regarding number of markets, as is often the case, fixtures nearest to starting had the most markets on offer.

We saw above 20 markets for Round 13 of the AFL, about the same number for the NRL slightly above that for FIFA World Cup and six for MLB games. Golf was there because at the time this article is being prepared, the 2018 U.S. Open was just getting underway.

When we clicked on the golf ball icon, we were given a toll free number to call for a Live Quote.

Since it is World Cup Finals time, we had a look, less than two days ahead, at the Australia v France Group C match. BlueBet was offering longer odds on France than some of the other sites and shorter odds on the Socceroos. T

The differences were small, but they do point out the value of having multiple online bookie memberships, although in reality, the difference between one dividend and another rarely matters to the casual recreational punters tow which the online agencies cater.

The right hand column of the website was the bet slip, where BlueBet had a listing of its current promotions.

Something that threw us a bit was that after we tracked down tomorrow’s Group 3 Hyperion Stakes at Belmont, there were no quotes. We thought to use the Live Chat feature BlueBet offers, but it requires an account.

We ran into this with other bookmaker websites, too, so maybe we need our tech nerd to have a look at the old system. We did find quotes for the Group 1 Tatt’s Tiara, and those quotes seemed in line with other bookmakers to which we compared BlueBet’s. Join Today

More so because we were using an older computer with a somewhat dodgy wireless internet connection.

We next took a look at BlueBet mobile wagering apps, which are available for Android and iOS.

They seemed entirely serviceable, as could be expected, but increasingly, we find ourselves drawn to bookies’ mobile website versions, skipping the app entirely. What we liked about this version of the BlueBet site was that it automatically scales to fit to the size of the screen of the mobile device.

Seeking some opinions from punters who have used BlueBet, we discovered a forum where the complainers were out in force, but we have come to expect that on open forums about anything. The forum we visited also had some positive remarks and some comments that seemed logically objective.

In conclusion, we believe that BlueBet has done a nice job of creating an attractive, user friendly and intuitive online interface that feels quite natural and looks quite pleasing.

As for some of the details, those change frequently. When BlueBet first started, funding was limited. They currently support BPay, POLI, MasterCard and Visa. BlueBet offers a nice selection of promotions and does maintain on the site a page showing past promotions, which may give punters some insights into future promotions and the chance to obtain maximum value for minimum investment. 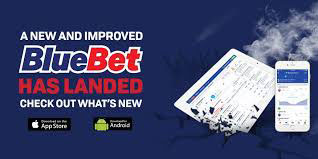 BlueBet could be used as a sole agency for the majority of punters, other than aspiring Zeljko Ranogajecs.

As we often advise, multiple memberships is the best way to find the best deals or to learn, over the course of time, which agency you wish to use for the majority of your online recreational wagering activity. Join Today