Bill Williamson came from a family lineage of great jockeys, with his mother’s uncle being the joint record holder of the most Melbourne Cup wins with four wins- Bobby Lewis. In fact and interestingly, the horse that gave Williamson his first win (Lilirene) was the very horse that was ridden by Bobby Lewis in his final race win.

Bill Williamson went on to be one of the greatest jockeys of all time both in Australia and in Europe. 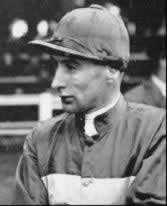 He came from the military where he was a driver for the 119th General Transport Company, with a lot of vigour and determination to be a successful jockey. His association with Lou Robertson who was a trainer and Fred Hoysted was of great help to him and made him the great jockey that he turned out to be.

Not even a stint in the military could stop Williamson from pursuing his dream of becoming a great jockey. He quit the military in 1944 after a short 2 ½-year stint and embarked on a successful journey of being a jockey that lasted for 37 years.

Bill Williamson was born on 19th December 1922 in Williamson, Melbourne to William James and Mrs Euphernia Agnes. Williamson’s interest in horse racing started showing at a young age and he left high school at the age of 14 to start as an apprentice jockey under F. Lewis who was his uncle and trainer. While still at the early stages of being trained as a jockey, Bill Williamson was able to meet another great trainer called Jack Holt and he had his first win at Lilirene in 1937.

Of particular importance to his success with Fred Hoysted was the opportunity he got in riding some of the best horses in Australia, which were under the Hoysted at the time. Some of the great horses that he rode included Rising Fast (30 rides), Midway, with whom he won the 1951 VRC ST Leger, the VRC Oaks 1950 winner True Course, Usage and Pure Fire.

Bill Williamson famously won the VRS Sires Produce Stakes three times in a row on different horses in 1950, 1951 and 1952.His first major victory was the Victorian jockey premiership which he won in the year 1952, and he followed it up with a Melbourne Cup title the same year.1953 was a year of success for Bill Williamson as he broke the previous Victorian record to set a new one of 67 ½ winners.

It was also during that year that he won the Brisbane Cup and W.S Cox Plate double. In 1954, Williamson was the winner of the Duke of Edinburg Australian Cup.

However, Bill Williamson suffered a serious accident in October the same year when he fell spectacularly and nearly died as a result. Luckily enough, he was able to recover and was ready to race after a nine-month absence. He came back very strong after the near-fatal accident and won the 1955 Caulfield Cup while riding Rising Fast.

In 1955, Bill Williamson was unlucky not to have won the Melbourne Cup after the horse he was riding (Riding Fast) was said to have been messed up by Toporoa, thereby denying him the chance to retain the Melbourne Cup that he had won the previous year. He was also disadvantaged by the fact that Rising Fast was subjected to an enormously heavy weight of 63.5 kilograms, which was about 15.5 kg heavier than the weight carried by Toporoa.

He showed a lot of patience when he decided to let go of the unfair advantage that Toporoa had over him upon returning to scale and this was to the surprise of many who expected him to protest in great anger.

However after investigations were done, Sellwood who was in charge of Toporoa had to serve a two month suspension as punishment. He also won some other races before moving to Ireland and England in 1960 after winning the Caulfield Cup once more in 1960 while riding Llumquh.

In England, Bill Williamson had a stint of rivalry with Scobie Breasley both on the racecourse as a jockey and as a trainer. The English press used to refer to him as “Weary Willy” due to his characteristic sleepy eyes and lack of socialising.

His major wins in England were the 1,000 Guineas in 1962 while riding Abermaid and he made it a double triumph at the event when he rode Night Off to victory three years later. His European exploration also took him to France where he won the 1968 Prix de l’Arc de Triomphe held in Paris. Bill Williamson repeated his triumph at the same venue one year later and this was a big announcement on the European stage that brought him a lot of admiration and recognition from many people in European horse racing, including Lester Piggot.

His success in France was not complete yet, because he won a classic race there in the year 1971. In total, Williamson won 18 classics in Europe and dominated European-racing scene alongside Scobie Breasley.

The Triple Dead Heat is one of the most famous wins in racing history and Williamson was riding one of the three horses involved. The spectacle took place at the Hotham Handicap of 1956 and Williamson while riding Pandie Sun had to share the top spot with Jack Purtell who was riding Fighting Force and Reggie Heather who was in charge of Arc Royal.

After having retired from being a jockey, Bill Williamson had a job as the Racing Manager for Ravi Tikko, who was a renowned Indian shipping magnate. Williamson died in January 1979 while serving as an assistant start for VATC and Victoria Racing Club in Melbourne.